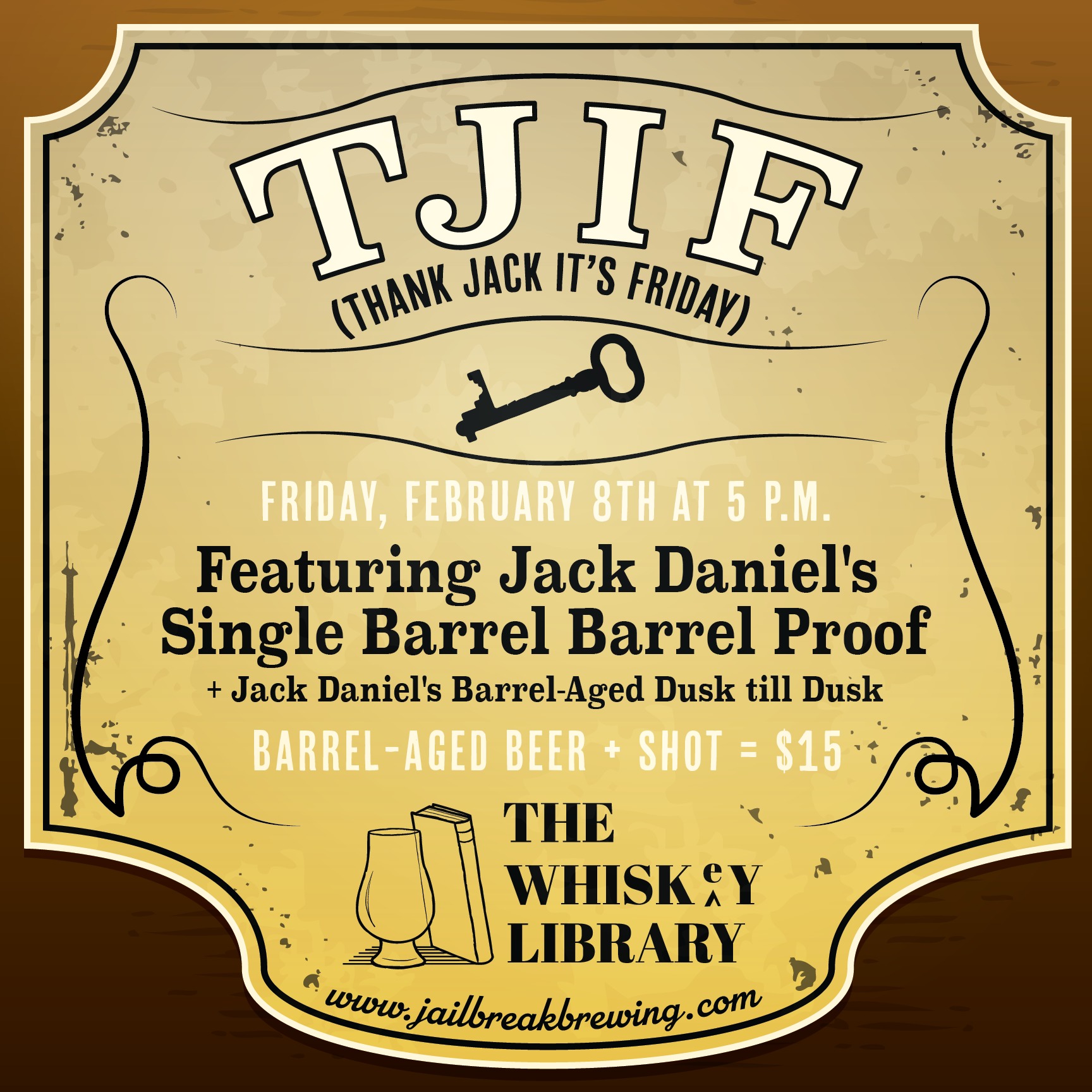 Join us in the Taproom on Friday, February 8th, when we release a very limited, draft-only Dusk till Dusk and offer a rare opportunity to taste a Jack Daniel’s single barrel whiskey, courtesy of Whiskey Library DC. (For those unfamiliar with the production of whiskey, one batch is typically a blend of various barrels!)

Last year, Whiskey Library DC hand-selected a single barrel of Jack Daniel’s for bottling. The result, referred to as Jack Daniel’s Single Barrel Barrel Proof, is a balanced sweetness of caramel on the palate, followed by tobacco and spice—surprisingly noticeable at 67 percent. On the nose, a big hit of maple up front with caramel and wood following, and a dried fruit-note rounding it out. A bold, long, and dry finish with the first hints of vanilla and sugar candy.

The group graciously passed along the empty barrel for us to fill; we were more than happy to oblige. We took the base beer of Dusk till Dusk, which had previously spent seven months in a barrel from the DC-based distillery, Joseph Magnus, and then racked it into the Jack barrel—inevitably making our beloved imperial barrel-aged stout, a double-barrel-aged beer.

We’ll be offering a pour of Dusk and a shot of the single-barrel Jack for $15. Dusk pours can also be purchased separately.

And Whiskey Library DC will be on site to savor in our collaborative endeavor and answer any questions about their single barrel program.