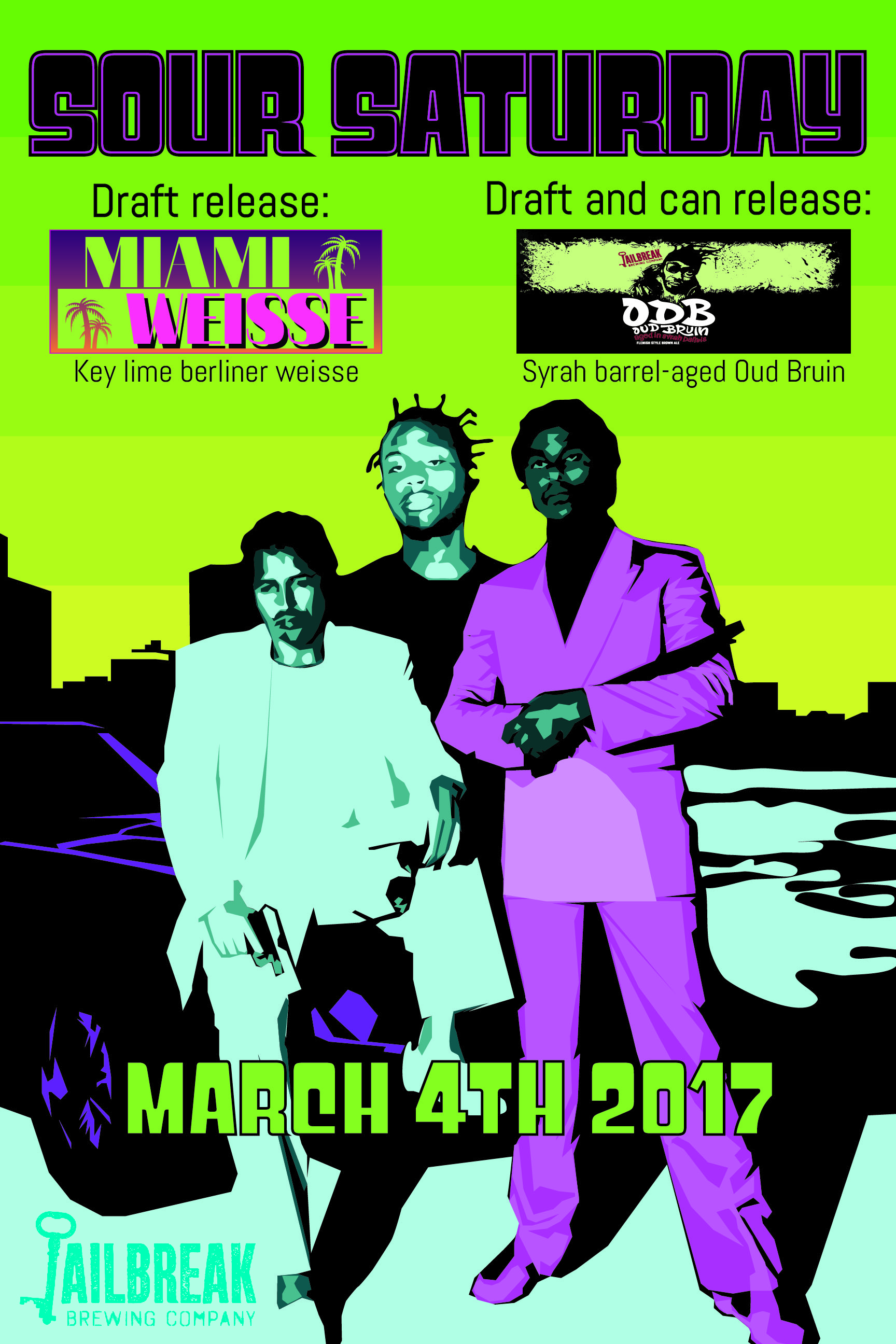 Two slightly sour, yet absolutely delicious beers are being released!

Welcoming back on draft and making it’s debut in cans, our Sryah Barrel Aged ODB! We took our ODB (Oud Bruin) and married it up with four syrah barrels from one of the most renowned wineries in the US. We let it age for five months until it pleaded to be packaged and released into the wild.

The Syrah Barrel Aged ODB is a slightly sour Flemish style brown ale with bright acidity, underlying red and black fruits and just enough malt to pull it all together.

You’ll find cans of this handsome devil in the Taproom ONLY! $20 per 4 pack.

A new introduction is required for our Key Lime Berliner Weisse! Miami Weisse begins as a traditional kettle-soured Berliner Weisse, but is transformed into a fruit-forward springtime delight via plentiful additions of key lime puree.

Intensely pleasant key lime aromatics are punctuated by firm tartness, with a large supporting role from hefty proportions of malted wheat. Miami Weisse is approachable to those perhaps unfamiliar with traditional Berliner Weisse, but its appeal to sour beer lovers is thoroughly undeniable. Draft only.