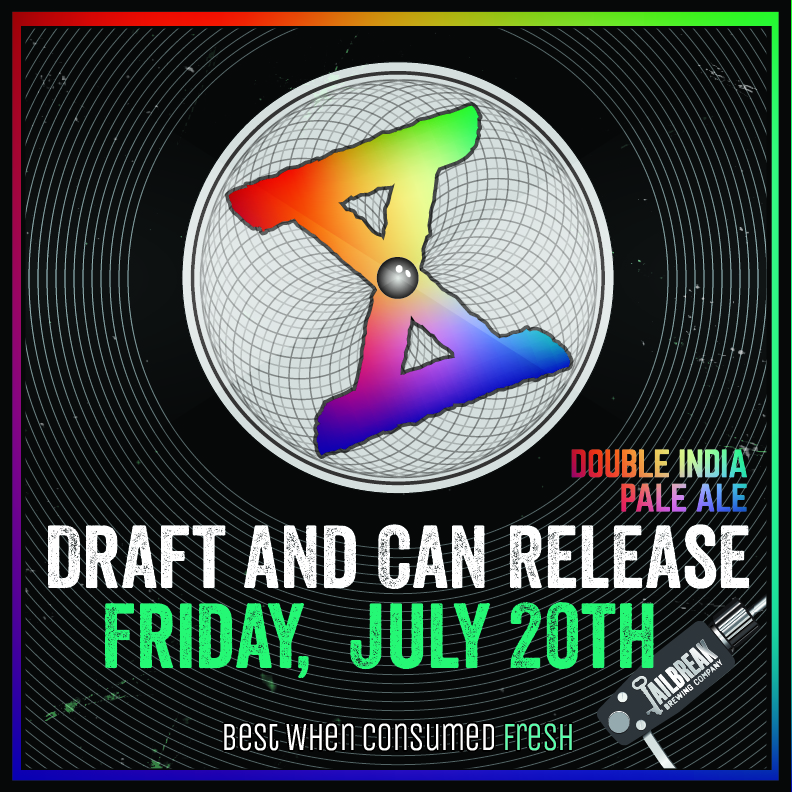 X Draft and Can Release!

The end is near…

We’re reached the tenth—and final—installment of our rotating hop series, Ephemeral. To mark the transition into whatever our next series will be named, we’re dropping the “Ephemeral” part and calling this one “X” (pronounced “ten”).

This Double IPA with Mosaic hops will be released Friday, July 20th on draft and in cans.