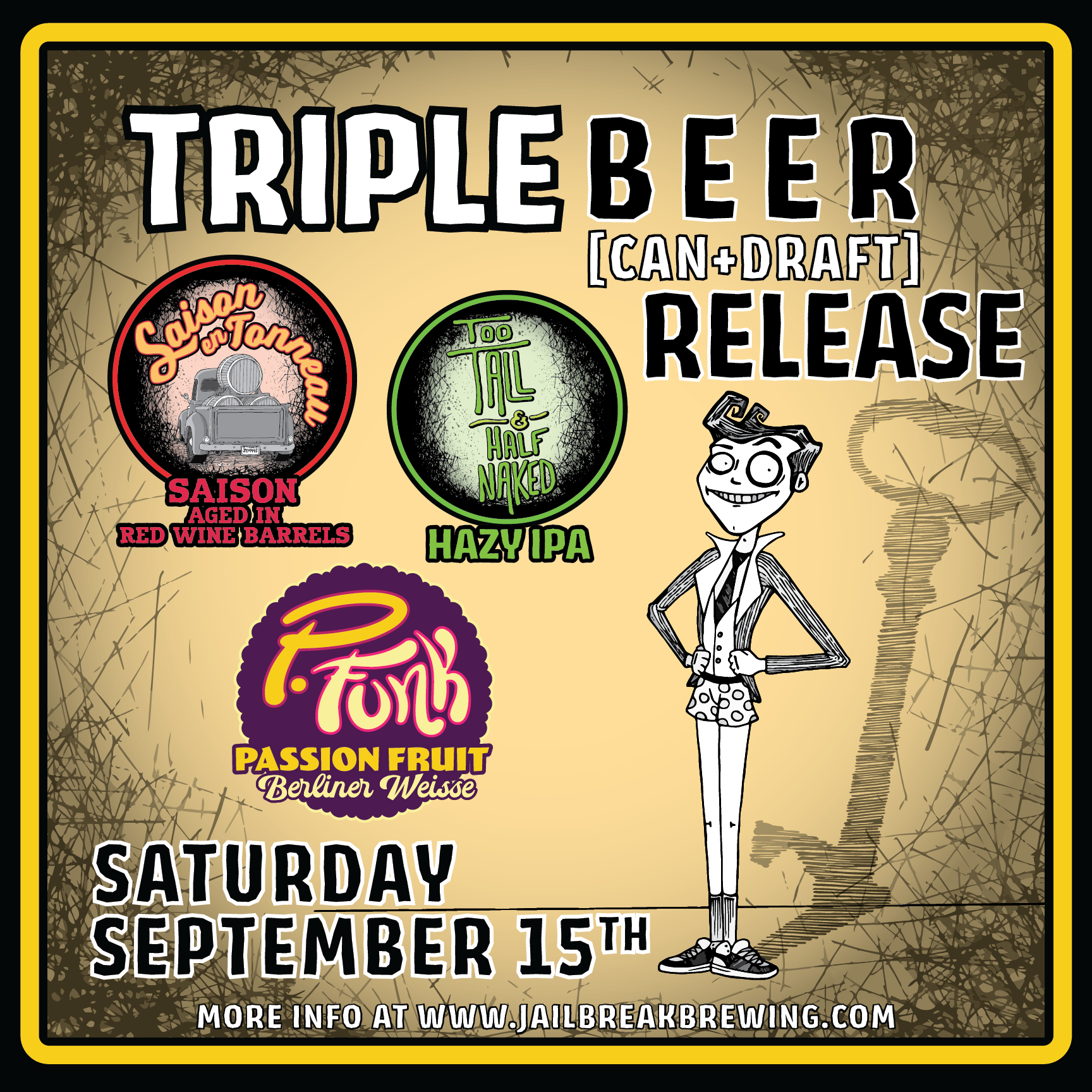 Yep, you read that right! We’re releasing not one, not two, but THREE new beers—in cans and on draft—in the Taproom on Saturday, September 15th. A Hazy IPA, a Fruited Sour, and a Red Wine Barrel-Aged Saison.

Too Tall & Half Naked is a juicy Double IPA brewed with oats, wheat, and a healthy dose of Citra and Amarillo lupelin powder in both whirlpool and dry hop additions.

P-Funk is a Kettle-Soured Passion Fruit Berliner Weisse, which was released on draft earlier this year. Tropical assault is the only responsible description of P-Funk! Copious additions of passionfruit puree make this one of most aromatically intense beers we’ve ever made.