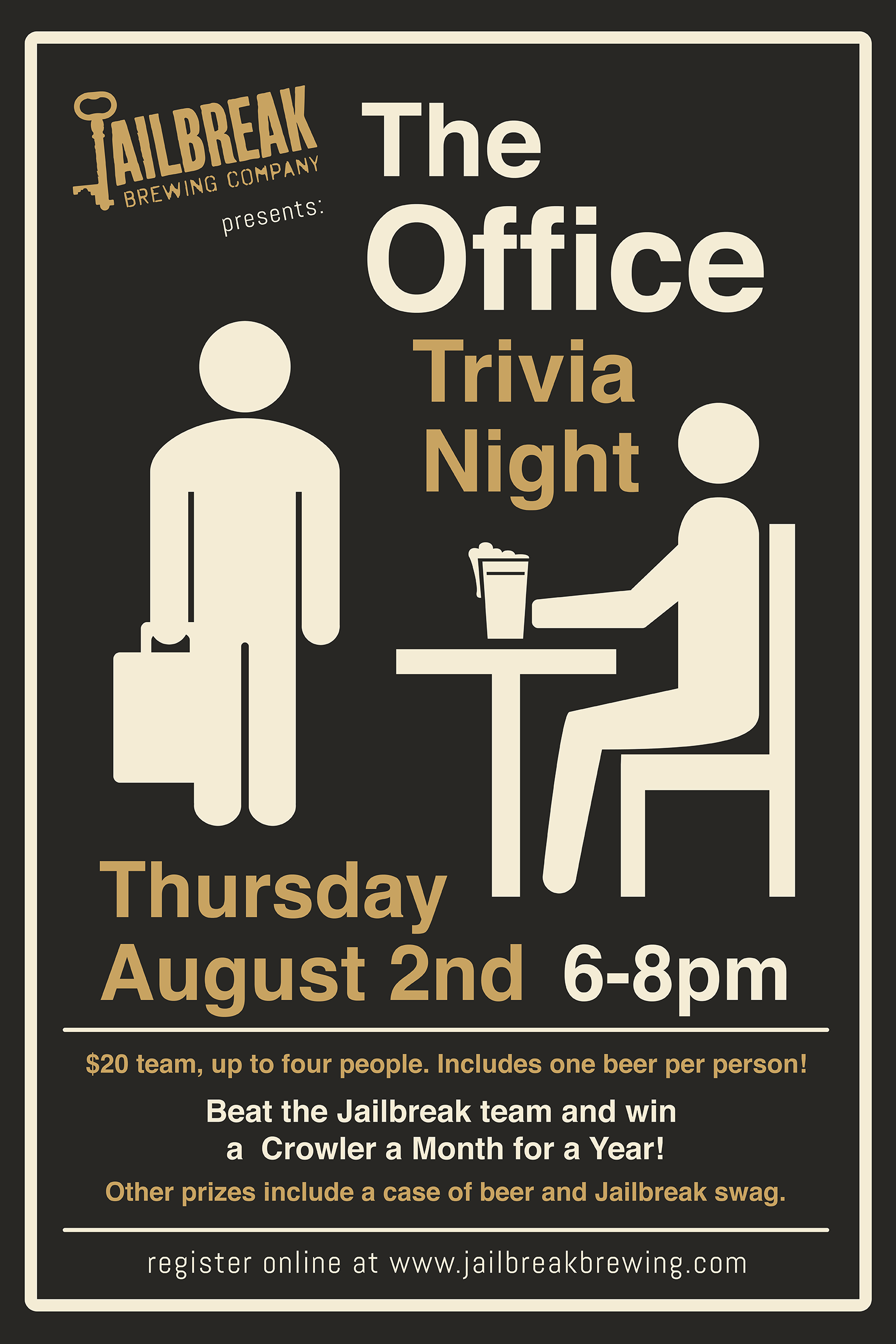 Battle against the Jailbreak team at The Office Trivia Night on Thursday, August 2nd.

**UPDATE: The event has sold out. We’ll be live-streaming the event for anyone who wants to play along at home and, if you sign up in advance, you’ll receive 25% off select 6-packs (Feed the Monkey, Poor Righteous, Czech the Technique, and The Infinite) on Wednesday, August 1st and Thursday, August 2nd. More details to follow!

From 6 to 8 p.m., host extraordinaire—our very own Territory Sales Manager, Jenn—will be testing your knowledge on all things Michael Scott, Scranton, and beyond. Beat the Jailbreak team and each player on your team (up to four people) wins a crowler a month for a WHOLE YEAR! (Boring disclaimer: Crowler fills not valid on barrel-aged beers and other beers specified as not for crowlers.).

And, because we live in the “everyone gets a Dundie” era, we’ll give a case of beer to the team in second place (or first, if no one beats the house team!), and some nifty Jailbreak swag to the next highest score after that.

So, grab your friends (again, up to four people per team) and sign up before all the spots are taken. $20/team, and the first beer for each player is on us!

Players must be 21+. IDs will be checked at the door.