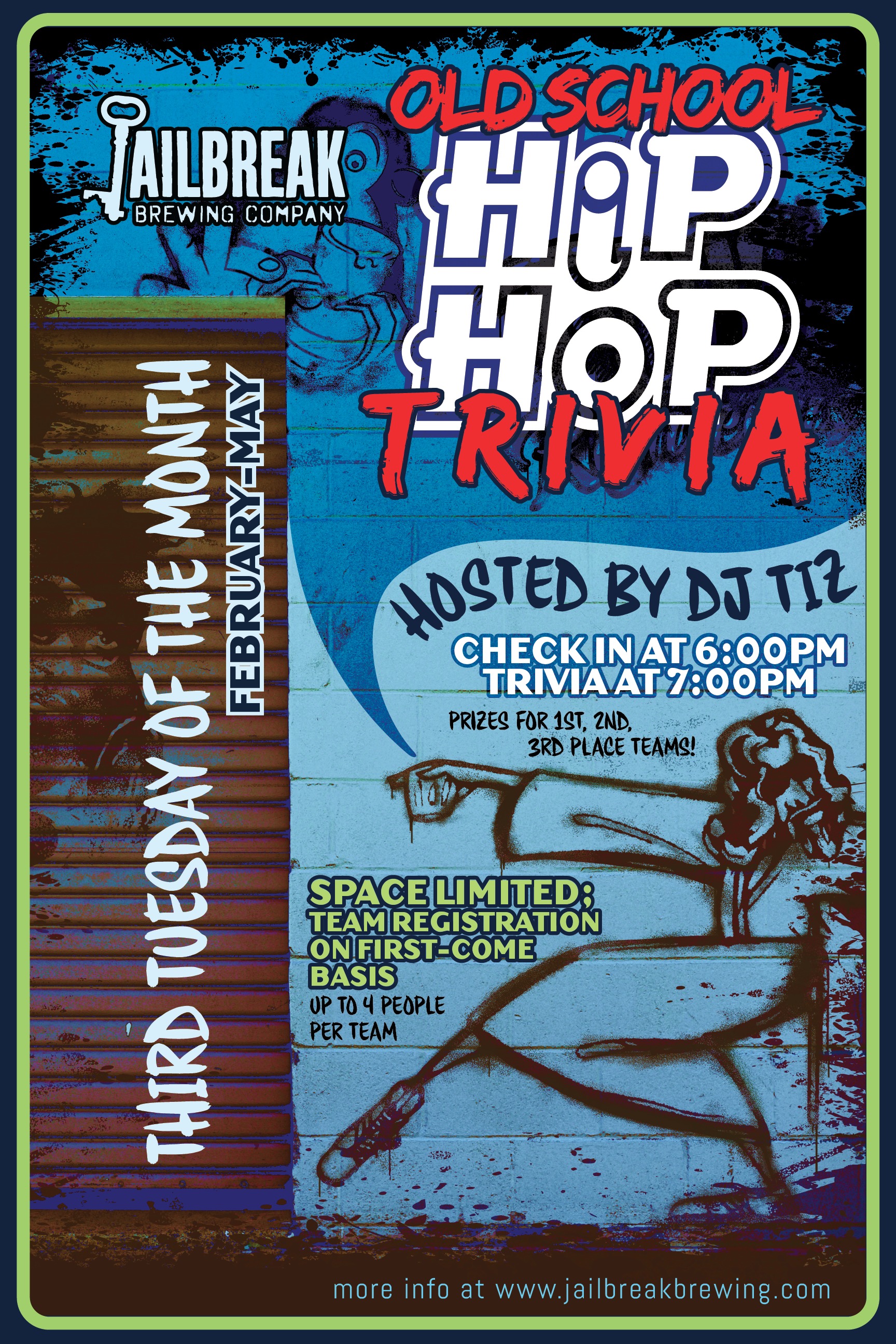 UPDATE: Old School Hip Hop Trivia on 5/19 has been cancelled.