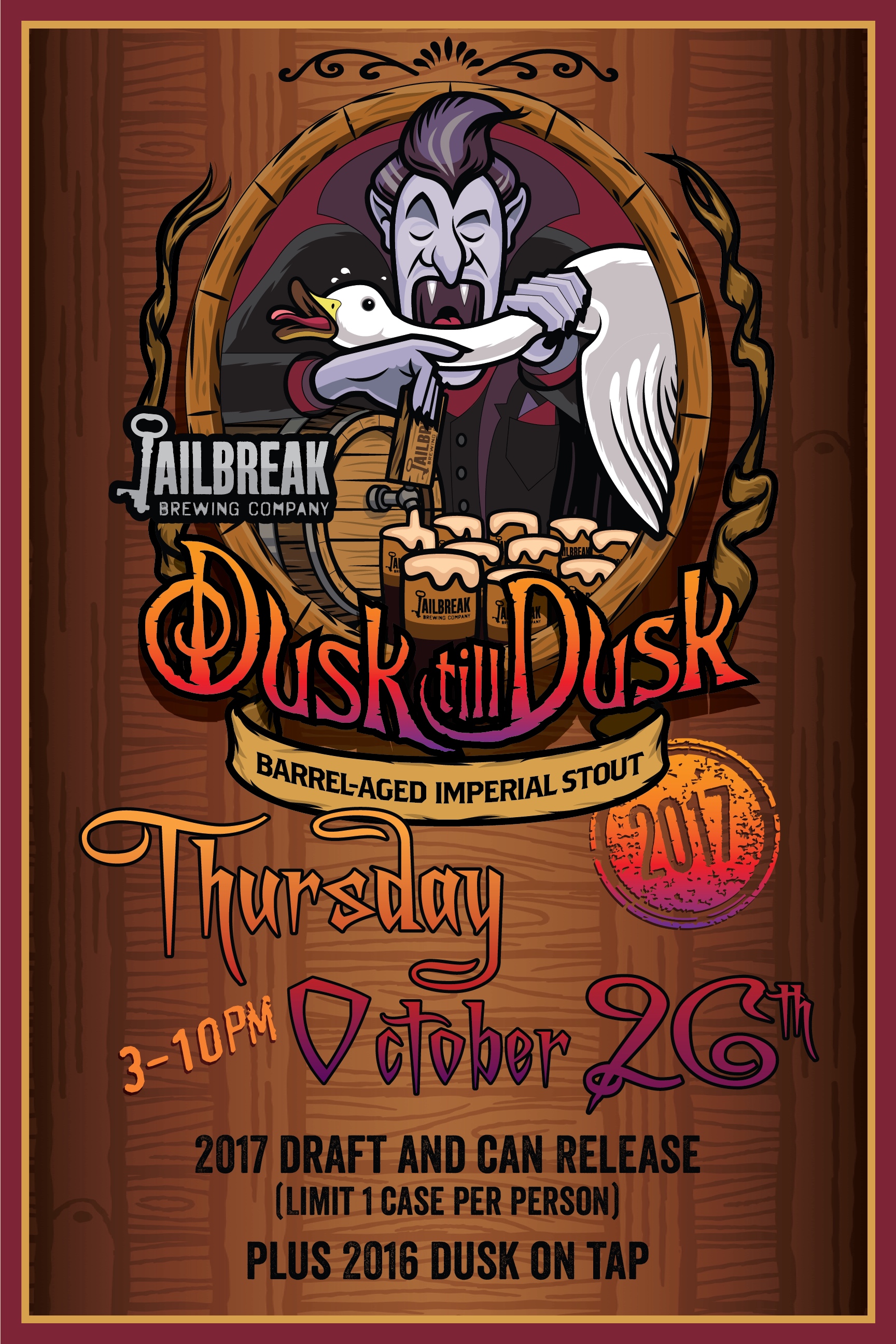 Our Double Imperial Stout is making its sweet, boozy return on October 26th. The 2017 installment of Dusk till Dusk is a 10-barrel blend of two distinct imperial stouts and a barleywine, aged gracefully for up to 40 months in meticulously selected bourbon, rum, and rye barrels.

The result? A complex mélange of flavor, ranging from toasted marshmallow to burnt caramel to Tootsie Roll and beyond.

Call us batty, but we’ll also be pouring a limited batch of 2016 Dusk till Dusk, too! That’s right – one night, two Dusks.

Taproom opens at 3 p.m. On draft and in cans – one case limit per person.