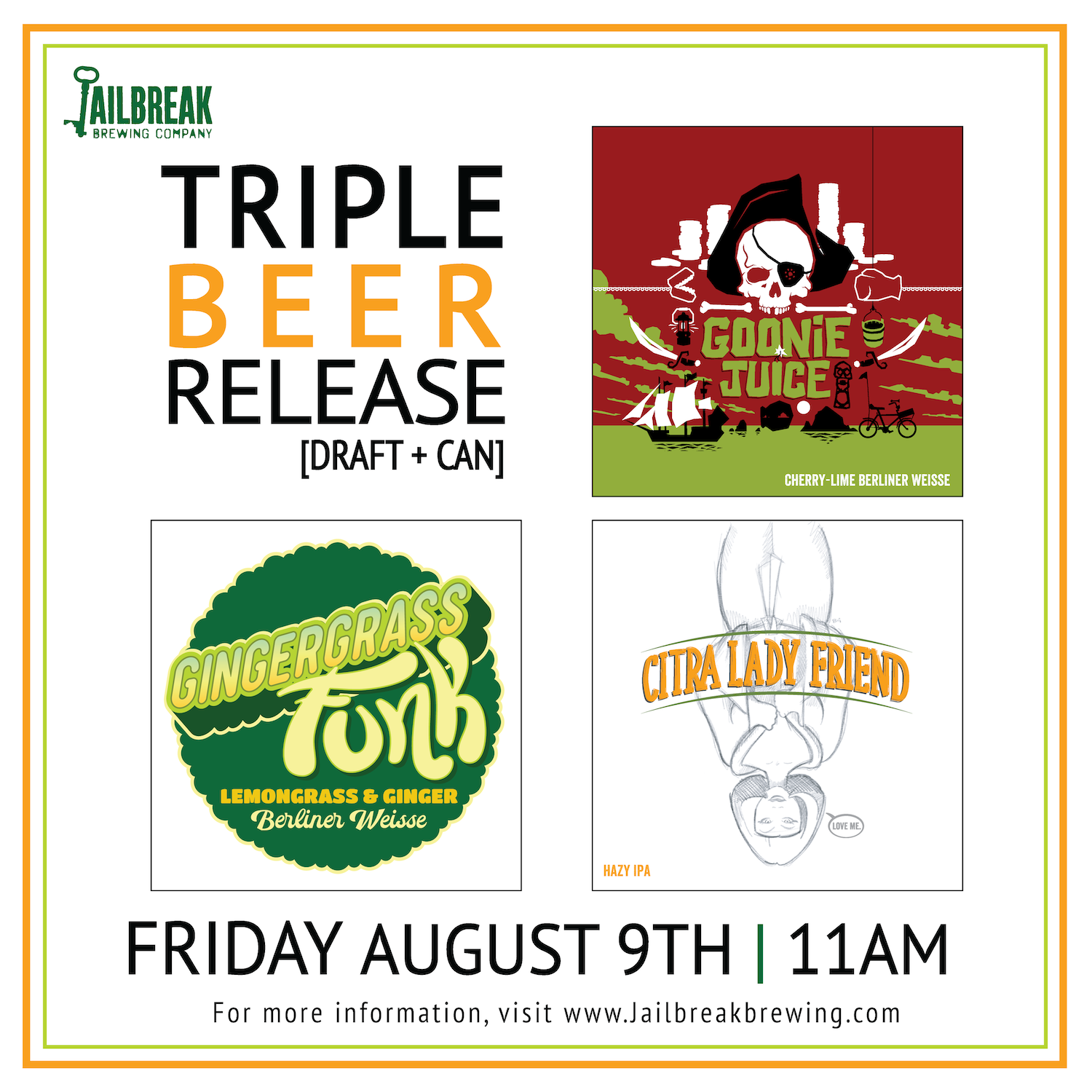 Hey, you guuuuys! Goonie Juice is returning to the Taproom in 16 oz. cans and on draft—along with Gingergrass Funk Sway and Citra Lady Friend—on Friday, August 9th.

Originally released last October, Goonie Juice is our Cherry-Lime Berliner Weisse. It begins its life as our key-lime kettle-soured Berliner Weisse, called Funk Sway, but it’s profoundly transformed into an inky, deep magenta red by a careful blend of sweet and tart cherry purée. The overall cherry influence skews tart, creating a beautiful counterbalance of flavor that strengthens the drinkability of the beer to an immeasurable degree.

This time around, we’ve given the label a makeover, courtesy of our West Coast pal (and graphic designer extraordinaire!), Bill Green. We’re working fast and furiously on getting a T-shirt ready for release day, too!

Gingergrass Funk Sway is our Lemongrass and Ginger Berliner Weisse that also begins its life as Funk Sway before the addition of freshly juiced ginger and lemongrass. While Gingergrass is fermented with the same yeast that ferments Feed the Monkey, it’s done so at a higher pitch rate to minimize banana esters. The ginger is present, but not particular spicy; lemongrass is more reminiscent of a sweet meyer lemon.

Citra Lady Friend is an all-Citra hop version of our year-round Hazy IPA, Special Lady Friend—which is brewed with 100% Mosaic hops. As with the regular recipe, the dry hop is roughly split between normal Citra pellets and Citra cryo pellets. The flavor profile is redolent of fleshy orange and mango puree, and with a softer texture than its core counterpart.