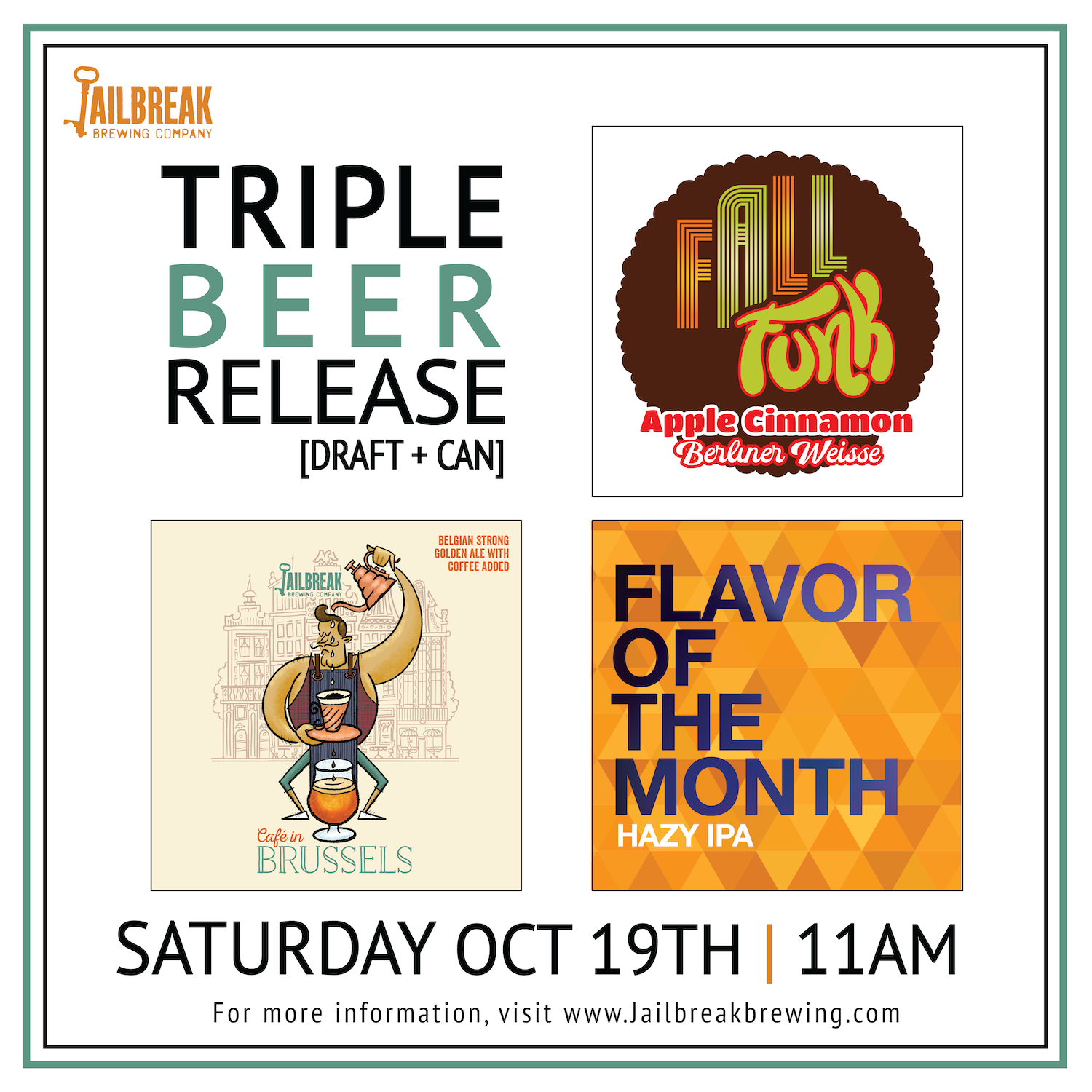 We’ve got three beers—all new to cans and perfect for fall—hitting the Taproom on Saturday, October 19th:

Fall Funk was received so warmly upon its initial draft release last year that we just had to package it in 16 oz. cans this time around! For those unfamiliar, we took our beloved kettle-soured Berliner Weisse, Funk Sway, and gave it the full fall treatment with copious additions of unpasteurized apple cider and fresh cinnamon sticks. Moderate lactic-acid sourness, a pleasingly tart sense of depth from the apple cider, and subtle prickling sensations of cinnamon weave an elegant synergy of flavor.

We partnered once again with our favorite people in the roastery biz, Annapolis’ Ceremony Coffee, to create Café in Brussels. We blended the Belgian Strong Golden Ale with single origin Papua New Guinea Kunjin. The light roast has notes of milk chocolate, golden raisin, and syrup, which perfectly intermingle with the ale’s blackberry and raspberry aromatics and candied pear and light chocolate flavors.

Flavor of the Month is a Hazy IPA brewed with oats and raw wheat, along with a synergistic hop combo of Sultana, Azaaca, Simcoe Cryo, and Citra Cryo. Its assertive, yet not overwhelming hop character, straddles the line between tropical (think pineapple/mango) and citric (bright tangerine/ruby red grapefruit). And, due to several significant process improvements, it’s one of the softer IPAs we’ve done to date

All three brews available on draft and in 16 oz. cans.