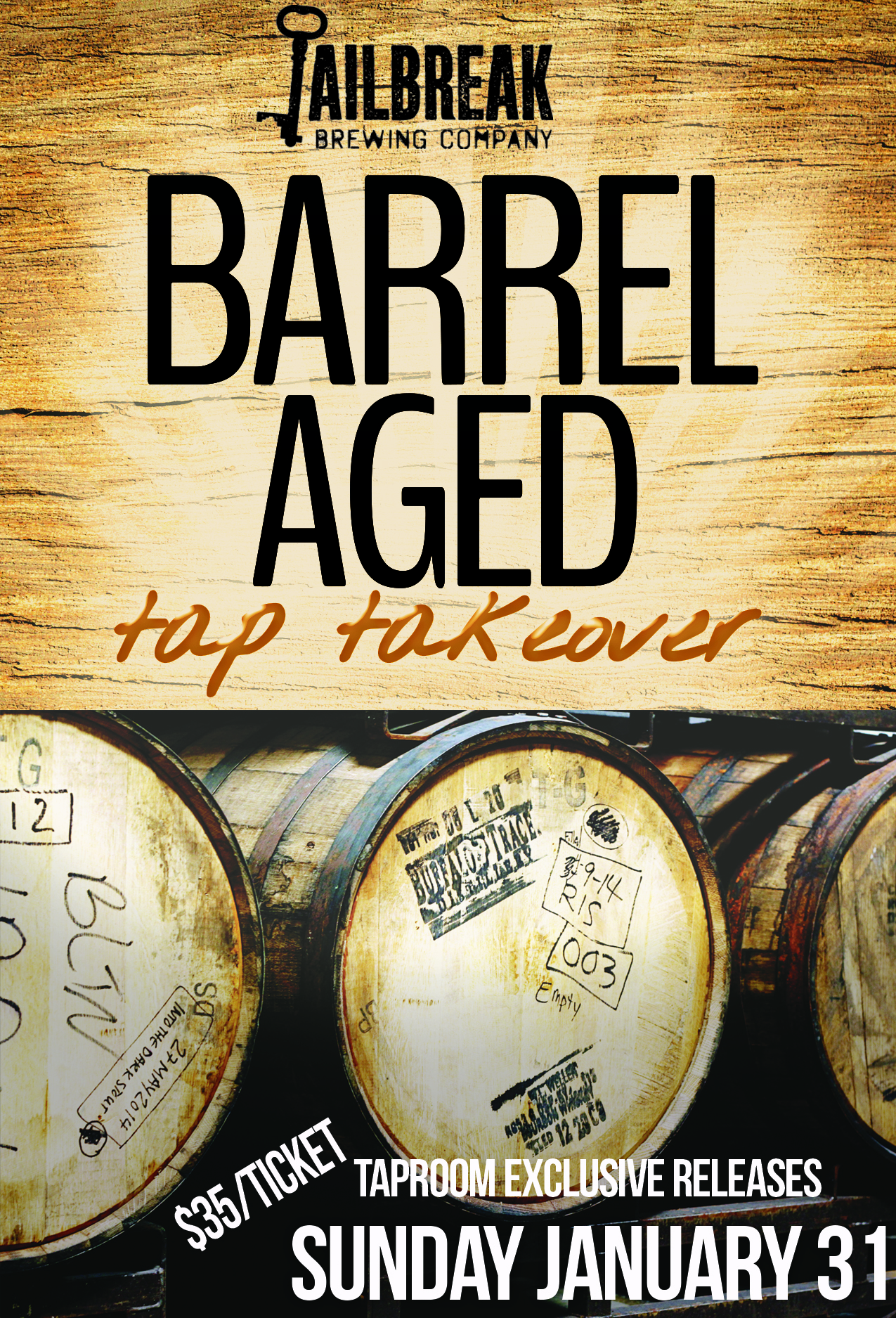 Join us in the taproom Sunday Jan 31st for our first ever COMPLETE barrel aged tap takeover!

On tap we will have our “core four” beers: Infinite, Feed the Monkey, Welcome to Scoville, and Big Punisher

Our additional 12 tap lines will be taken over with taproom exclusive barrel aged releases! Your ticket will get you a tasting sheet that has every beer and a 4oz pour of every single one. Once you’ve tried them all you will get to choose your favorite for a full pour! Then we will stay open until 6pm for you to continue to indulge on this Sunday Funday!