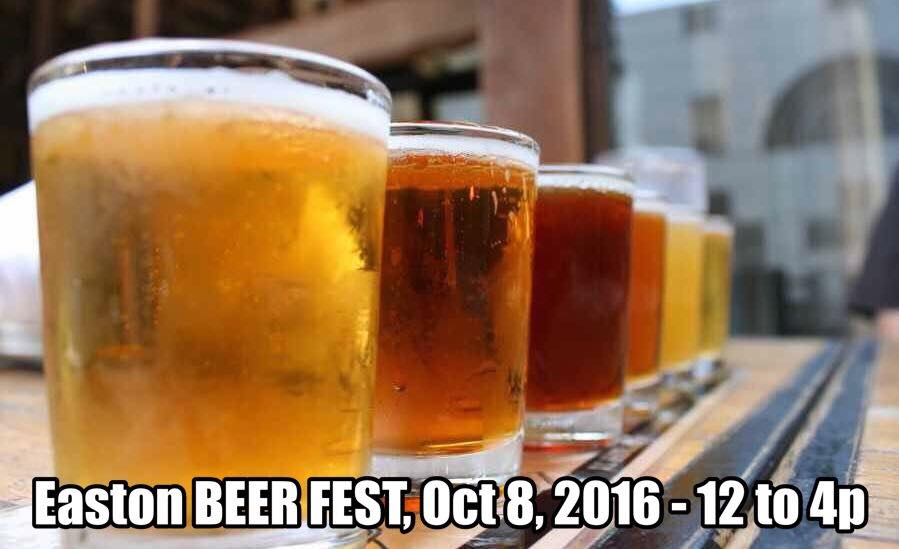 The Easton BEER FEST, presented by Hair O’ The Dog

The Craft Beer Fest will be held on Saturday, October 8, 2016 from Noon to 4pm, featuring Breweries and craft beers from the Mid-Atlantic area, with Music by Blackwater. Food, Vendors, Raffles and games of chance available.

Tickets:
“I’m Drinking Beer” admission includes a Tasting Glass and all the beer you can drink.

Tickets purchased at the door are $40.00 (CASH or CHECK ONLY)

“Designated Driver” Tickets are $10.00, includes sandwich and all you can drink soda.

This is a Indoor / Outdoor (weather permitting), sorry no 4 legged friends or baby strollers permitted.

YETI Cooler Raffle:
We will give away 2 YETI coolers; 1st place a YETI Tundra 65, 2nd place a YETI Hopper 30. Both Coolers winners will receive a gift card for Hair O’ The Dog, to help you fill them with beverages of your choice. Tickets are are $10.00 each and are available from any Easton VFD member, Hair O’ The Dog Wine & Spirits, or the Easton VFD HQ Station, 315 Aurora Park Drive, Easton, during business hours. The Drawing will be held at the Easton Beer Fest.

This brings us to 31 Craft Brewers from the Mid-Atlantic Region. We look forward to pouring a large selection of beers, sure to suit every taste.

The Easton Beer Fest is hosted by the Easton Volunteer Fire Dept. MD as a Fundraiser. 100% of the proceeds stay local!!!!