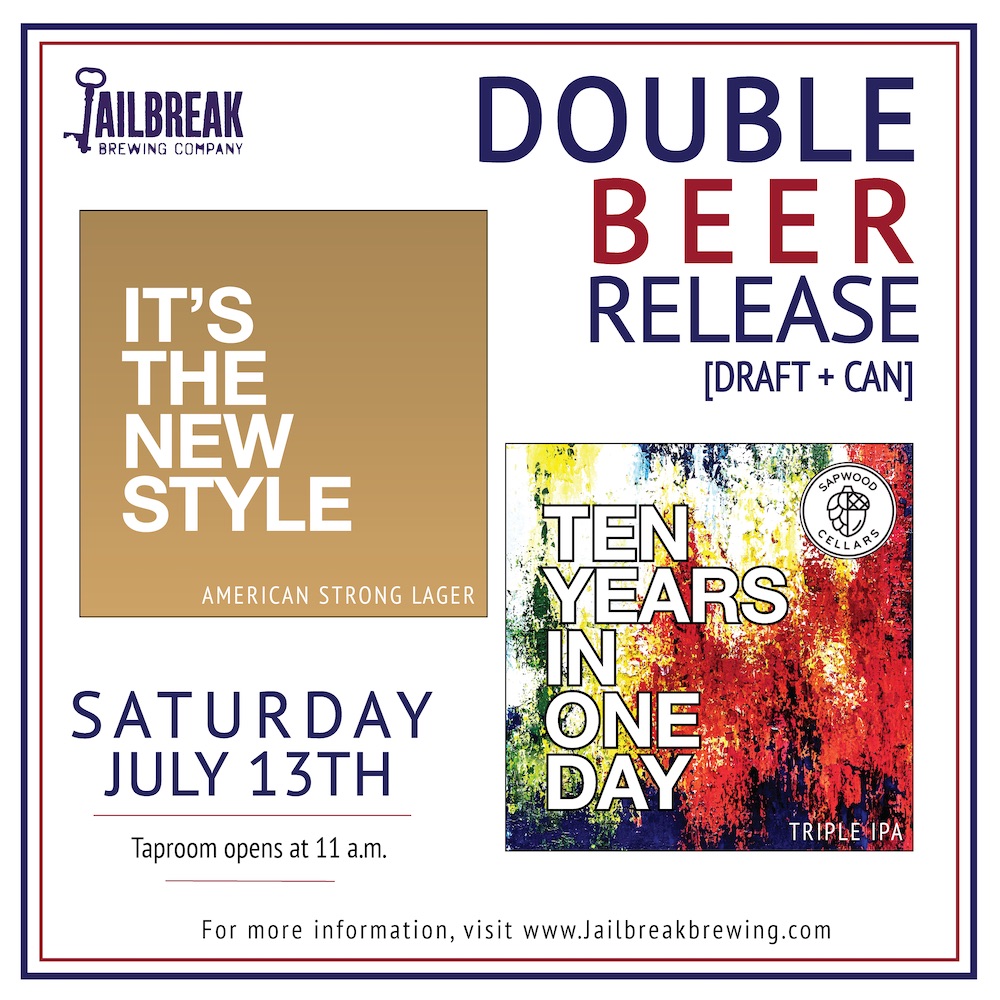 It’s the New Style is an American Strong Lager—yeah, we coined that term to describe this very distinct entry into our portfolio. The beer comprises 80% Dopplebock—lagered for two months—and 20% Bourbon-Barrel Aged Baltic Porter, fermented as a lager and aged in bourbon barrels for six months. Expect flavors of pumpernickel toast, English toffee, malted milk balls, and hints of chocolate.

Ten Years in One Day is our first collaboration brew with our friends at Sapwood Cellars, located in Columbia. This Triple IPA, with its ABV clocking in at 11%, was pitched with Jailbreak’s house ale yeast and dry-hopped with Denali, Citra, Citra Cyro, and Simcoe Cryo. Pineapple purée was added at the start of fermentation for tropical complexity. Its saturated hop flavors are redolent of pineapple and overripe mango with underlying impressions of pine and a soft finish.

Both releases available in 16 oz. cans and on draft.